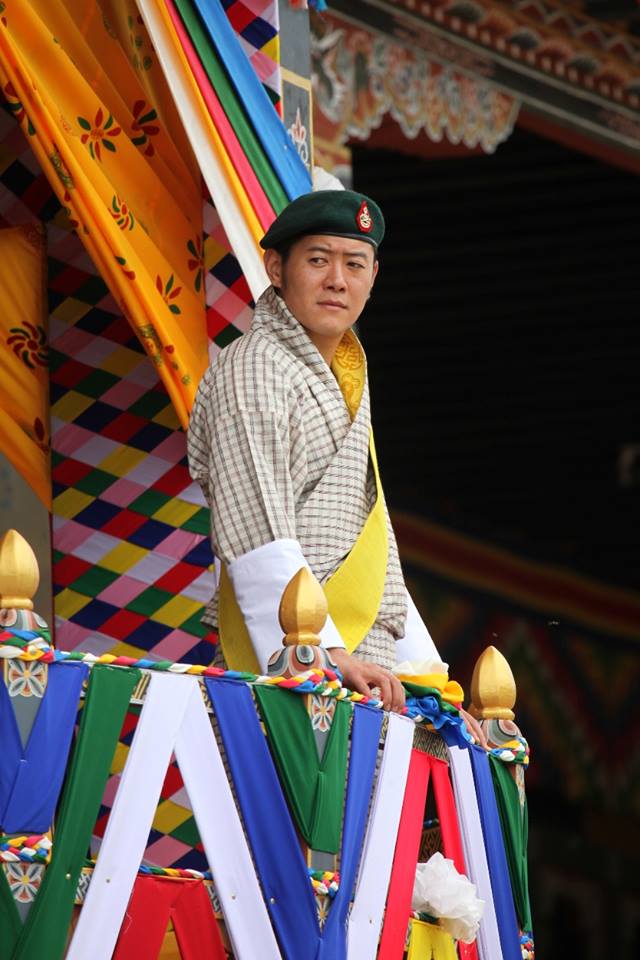 “Wherever Thy Majesty Leads” is a poem written by Bhutanese rapper Kezang Dorji as a class 11 student in 2007 on Bhutan’s transition from Monarchy to Democracy. The poem was sent as his entry for the “Children and Youth Festival 2007″. His poem won the “Grand Jury Award” in the open category. The poem is an expression of the mixed feeling of the poet as a youth on Bhutan’s transition from monarchy to democracy.

“Wherever Thy Majesty Leads” – Kezang Dorji

My dreams dream of things that don’t change

Just dreams but dreams are – Isn’t it strange?

Only traces we possess sometimes of yesterday’s cheer

My wits when pondered much upon such truth

I found tomorrow within this charming youth.

A role, forsooth, as a self I do hold to play

For my darling Bhutan has changed her way.

What the path folds so distinguished to show

That persuaded Bhutan to turn a desperado?

Yet to be formed and formed few groups are.

Now they debate to proclaim the destiny afar.

Would one of them be sent on His behest?

But they stand amidst the callow east and west.

Despite these my chaste Kingdom has to tread

And one of them, false or real, will lead.

The heart inside of me queries – Is Bhutan ready?

Are her shoulders mature enough to hold democracy?

I suspect – haply my countrymen’s knowledge

Are deceived not to a politicians advantage

With whom Bhutan whole can boldly tread

And advance from good to better to the best.

As the Monarchs would they battle the bad?

Or come to the crowd, mingle, and then feast?

And what of that some delinquent youth may say

To wanton still as the night swallows the day.

Haply some barbarians are already born

Who may in insanity their parents scorn

For this hundredth year of glory drew the line

Plying wine to the home of Himalayan folks divine.

And those who know not what is good or bad

Haply these herald the apparent to prevail

Thoughts begin to guess of what morrow will be done

With the mind in some sort of fear instilled

Naught shall be the victim of this battle but I

If in oblivion this youth still does lie.

But-O Lord! How shall I have my influence.

To such one? For this age lacks experience

Perplexing it is to all at this youthful range

Sometimes I wish to be of yonder glades

Whence resides remote folks as were made.

If Hogwarts gives me Harry and his wand

I would adventure my youth in such Alice in Wonderland

Only if? For all wishes never turned true

But declared morrow is by that now we do.

Of Bhutan we come-to her soil we owe.

Their sacrifice, their blood to give us our place.

To the one the minds worship I prostrate

Let my kingdom of one nation and one people perpetuate

With her folks with endless epic to joy to tell.

Give me strength to animate in dreams that dwell

Let the one to be as our virtuous kings govern

Let my countrymen of this alien woods learn

So they will know of what they need

And the treasured goodness of heavens will proceed.

Peril amid the alien woods we creep;

Beauty creeps as in some cursed nightmares seen

To redeem our nation void of damned things

Beauteous and joyous be that sight beholds

Till time stops by thy gracious dynasty.