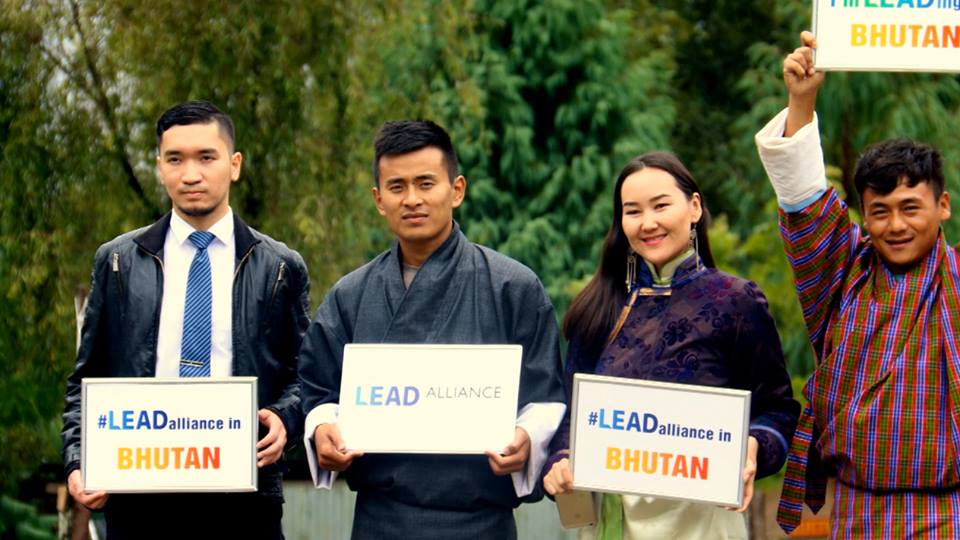 In May 2017 five young Bhutanese represented Bhutan at an international youth summit in Mongolia called LEAD Alliance 2017. “Sustainable waste management”, proposed by Tshering Dorji (Evergreen Bhutan Trashiyangtse) & Kezang Dorji was one of the three projects to win grants at the summit. The project received a grant of $3,700.00.

Through the projects sacks and dustbins were distributed to the school and households to encourage segregation. Evergreen Bhutan bought non-degradable wastes from the school and households on a weekly basis. This was done to encourage them to segregate. By the end of the third month most of the residents of the town had developed the habit of segregating waste. With this waste management had eased.

Although the project support has ended Evergreen Bhutan will continue to work to address the issue in Trashiyangtse. A documentary capturing the activities of the project was launched at the Youth Media Lab, YDF on Friday (February 2, 2-18)

The project and the launch of the documentary was covered by the Bhutanese media. Watch the panel discussion by Tshering Dorji and Kezang on the National TV Bhutan Broadcasting Service (BBS) below: