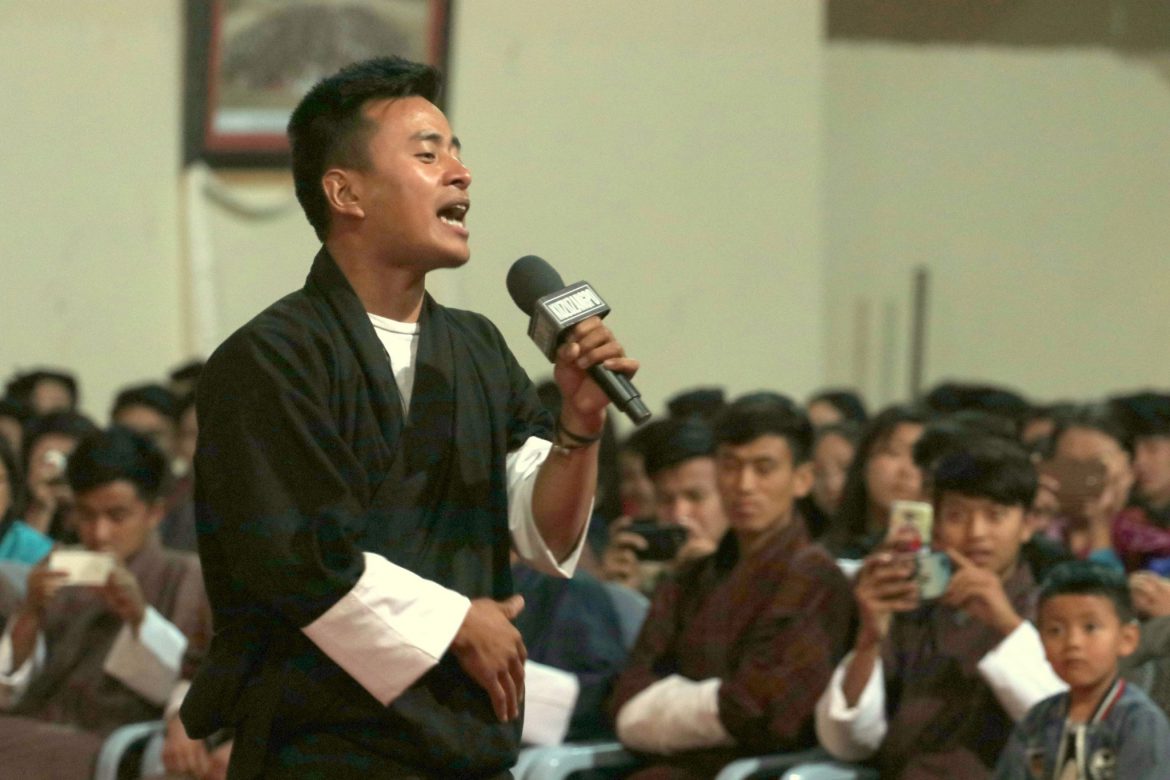 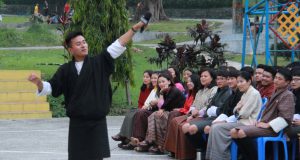 The tour had a total of 25 shows, including 18 schools and 7 colleges, covering all 20 districts of Bhutan. The tour was completed in 36 days. 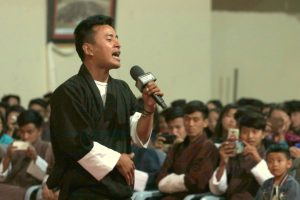 Each show spanned for about 2 hours in which Kezang shared his story and talked about national issues while performing rap songs with social messages. His talks emphasized the following;

Shows were performed at the following venues. Click on the names of the venues to watch the videos of the respective shows. 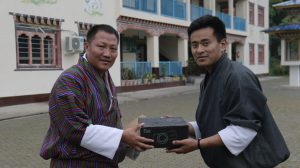 Through the tour a class projector was donated to one school in each of the 20 districts. The beneficiary schools which were mostly remote were nominated by the respective education offices. The following are the schools that received the class projectors; 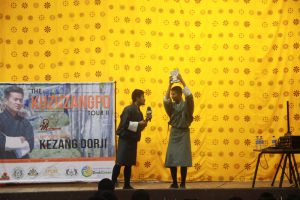 A student receiving a diary

Additionally, diaries were given as prizes in schools to encourage daily journal writing for development of emotional intelligence.

A total sponsorship of Nu 200,000 was received which was mostly spent to buy projectors and expenses related to travel was self-financed with support from friends and family. As was the case in Kuzuzangpo I in 2016, all the shows in the tour were for free.

All 25 shows are released as mini documentaries on YouTube. You can watch the videos playlist below;