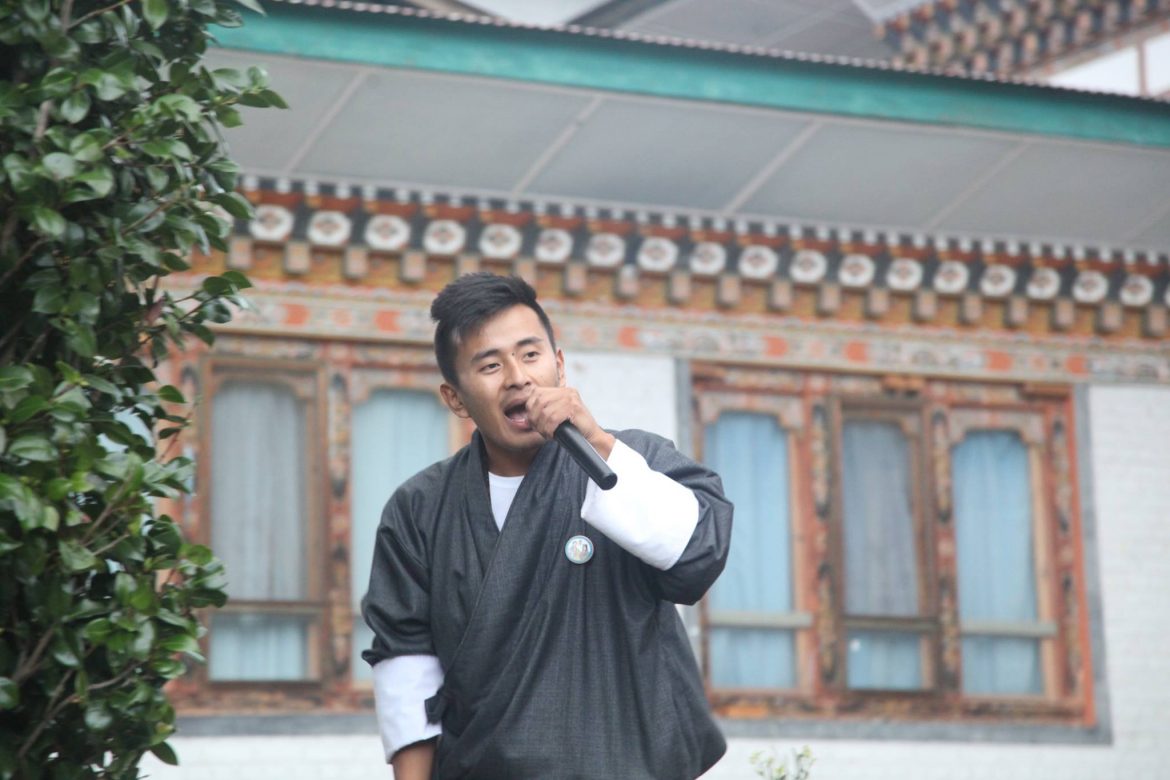 Dear Prime Minister is the theme song for the International Day of Democracy 2015, Bhutan. The song was produced by Bhutan Center for Media and Democracy. In the song Kezang expresses his observation of the changing patterns of the Bhutanese society with the introduction of democracy in Bhutan. He shares his thoughts on how Bhutanese can together make democracy work for Bhutan.

Jup Jusa Eein, was featured as an original soundtrack for the Bhutanese movie, Baeyul-The Hidden Paradise. The music video of the song was released in 2015.

Released in 2013, ‘Midey Gi Kangyel’ is a theme song for a private firm in Bhutan called Druk ECOMS. The song was made for the launch of the firm’s ‘Royal Wedding Wall Clock Project’ on the second anniversary of the Royal Wedding (October 13, 2013). The song was released with a live performance of by song at the clock tower in a show hosted by Kezang Dorji. The show was a live event on BBS channel 2.

‘Nga Gi Bey Tsu’ is the Bhutanese version of ‘I Can’ by Nas. Recorded and mixed at M-Studio the song was released in 2014.

Don’t Give A Damn

Don’t Give A Damn – Lyrics Artist/Songwriter: Kezang Dorji Music: Tandin Dorji Release date: 2011 Intro (Talking)  To all the people out there working day and night, making sacrifices and trying to do something good. You got to know we…
Read more